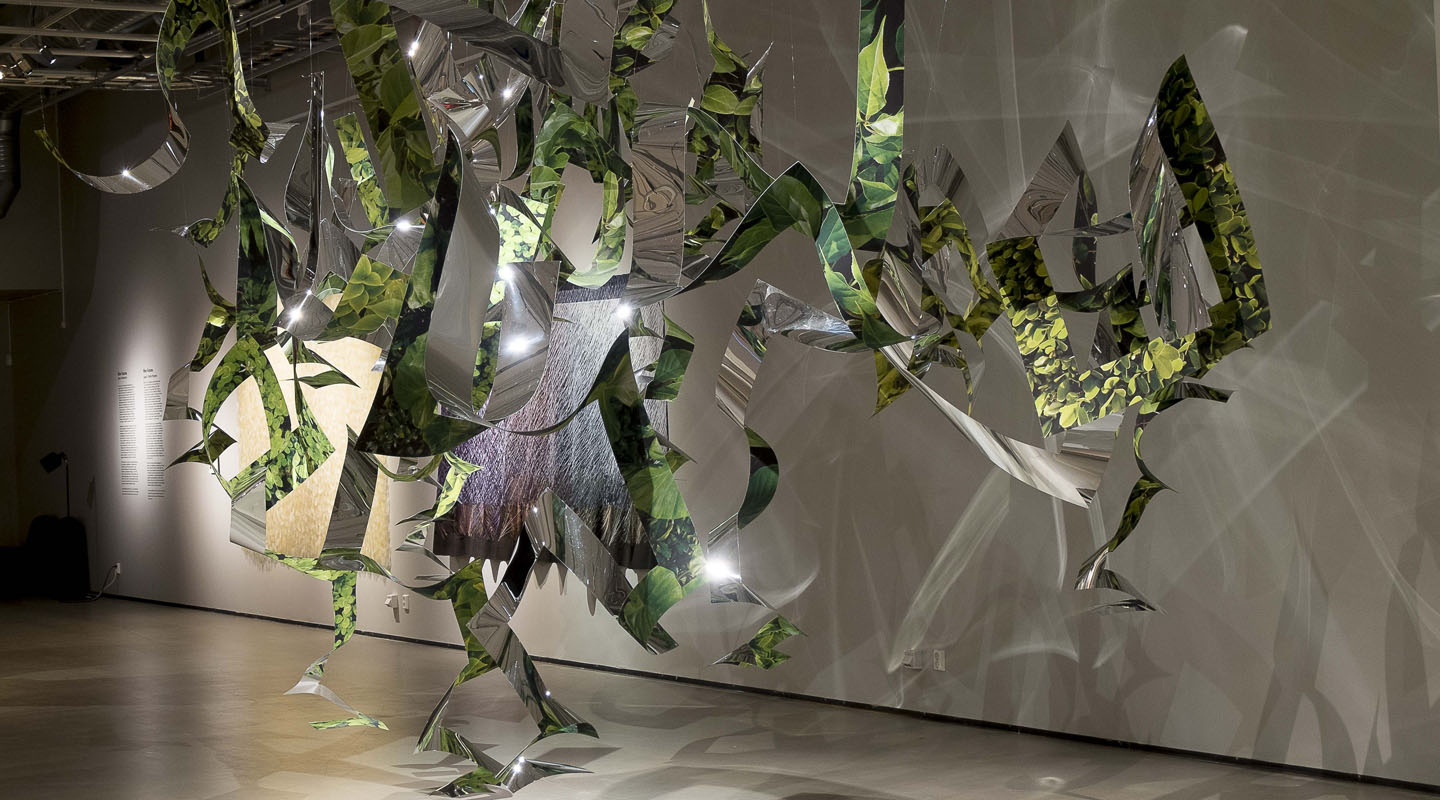 'Fiber Futures' is a joint exhibition with Japanese textile pioneers which includes both internationally established and relatively new names - all of whom are at the forefront of the global Fiber Art movement. Together, they display around 30 original and large-scale works of contemporary Japanese textile art. It is Japanese, ultra modern and traditional, all at the same time.

In Japan, many of the country's leading textile artists are active within the Fiber Art movement which emerged during the post-war era and quickly gained the status of a new and innovative art form. It focuses on textile fibres and their unique properties.

In a more free way than in previous decades, the artists choose to work with fibres over traditional textile techniques. The search for the potential of the fibres as a medium for sculpture with the aim of expressing natural beauty, has resulted in further development and renewal of the country's still-living handicraft traditions. Each artist has their own, unique way of using materials. Common to the exhibitors is their desire to explore the possibilities of the material, which in turn has resulted in exciting developments in terms of both technical skills and new artistic expressions.

The works displayed in the exhibition are characterised by the joy of experimentation. Here, natural and synthetic fibres coexist with more unconventional materials such as stainless steel, reused silkworm cocoons, and antique paper stockings. Traditional techniques meet with the very latest weaving and dyeing methods in the form of installations, sculptural objects, and stylised pictorial motifs.

The 'Fiber Futures' exhibition has been produced in collaboration with International Textile Network Japan, where its premiere was held in Autumn 2011. Curator: Joe Earlie, Gallery Director of the Japan Society Gallery in New York.

The participating artists in 'Fiber Futures - Japan's textile pioneers' are: