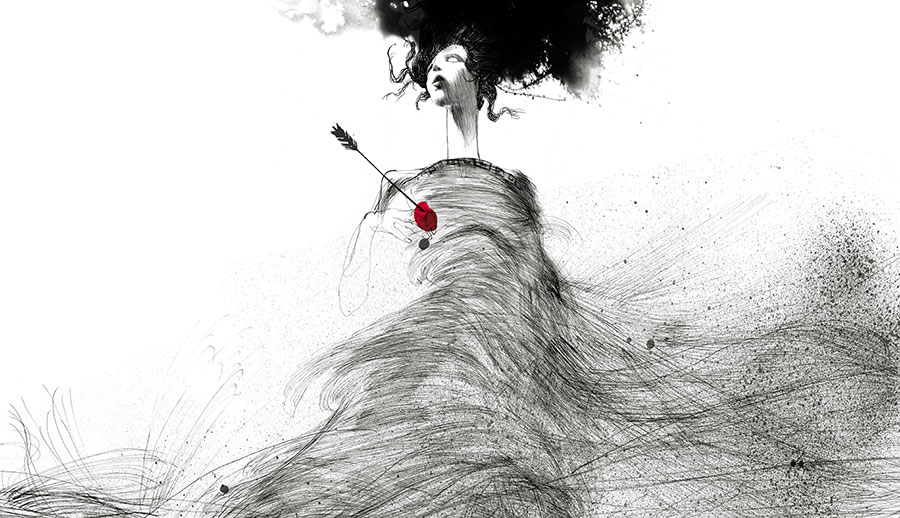 Discover contemporary Nordic fashion illustration, created by twenty illustrators in close to a hundred works, in the travelling exhibition that puts the spotlight on an artform on the rise.

Fashion illustration is a multifaceted and appealing but often contradictory subject, existing in its own world somewhere between advertising and art. Curator Toomas Volkmann argues that its unique position lies in its paradoxical nature – tremendously contemporary in its mirroring of modern consumer society on the one hand, strongly connected to both general art history and drawing traditions on the other. Difficult to pin down, it has often been forced out, onto the periphery of the art world, but is now in the process of obtaining vindication and being taken seriously, as an art form to be reckoned with.

The exhibition was produced by the Estonian art association MTÜ Kunstiloomus, and is being shown for the first time in Sweden at the Textile Museum of Sweden in Borås. With the support of the Estonian Embassy in Stockholm.