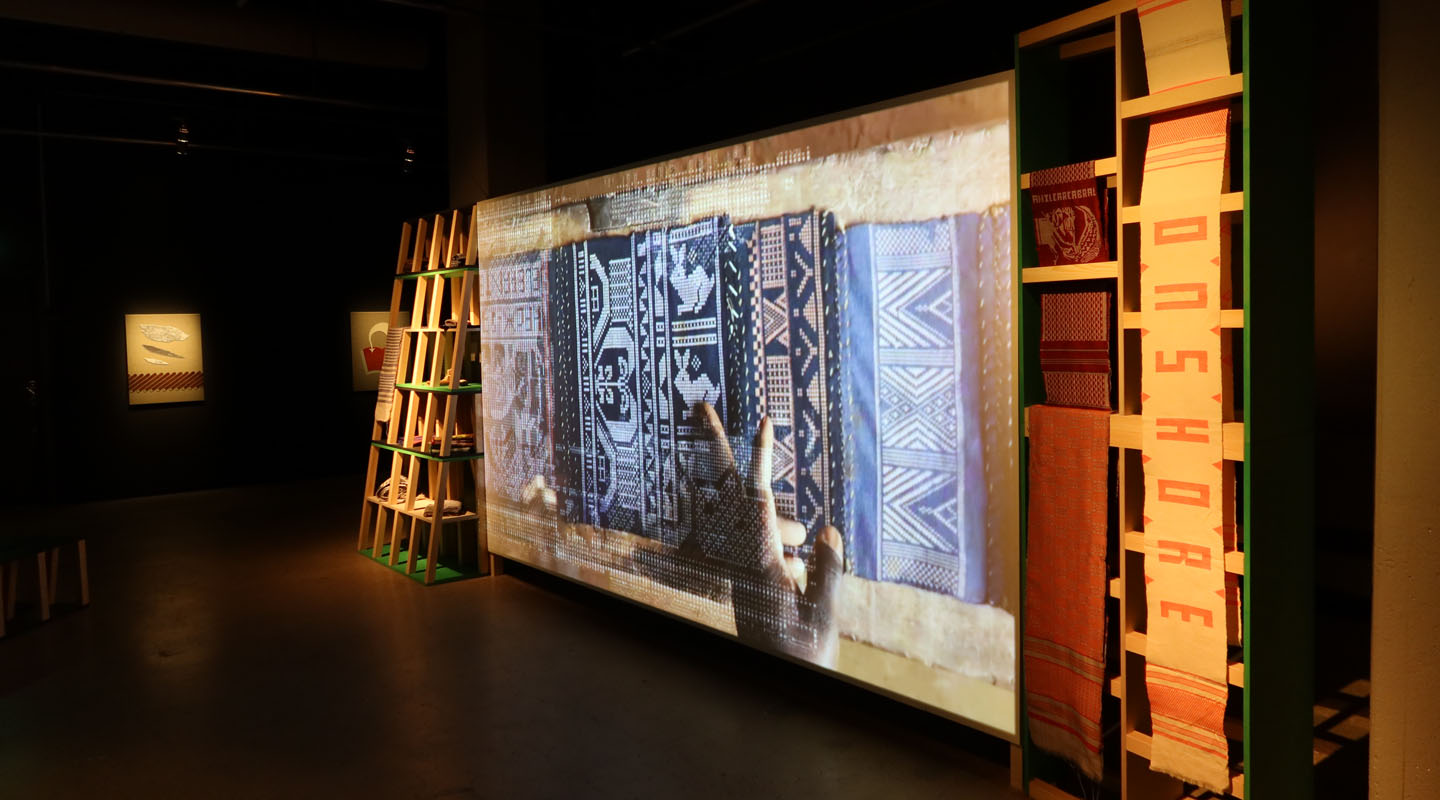 "Learning how to listen deeply to each other’s experience is a way to build consciousness and a shared understanding of the world."
Ulrika Flink och Amanprit Sandhu, Curators

Since 2008, the Borås Art Museum has organised the Borås International Sculpture Biennial. In 2021 Borås is celebrating the 400th anniversary of its founding. In conjunction with the festivities, the Biennial will be expanded to include other artistic media and is changing its name to the Borås Art Biennial. Welcome between May 29 to September 26.

The artworks will be exhibited in public spaces throughout the downtown area, along the Viskan River, and at the Borås Art Museum and the Textile Museum of Sweden.

The exhibition at the Textile Museum of Sweden

Filipa César
Filipa César is an artist and filmmaker based in Berlin who is interested in the porous boundaries between the moving image and its reception, the fictional dimensions of the documentary, and the economics, politics, and poetics inherent in filmmaking. Many of César’s experimental films have focused on resistance in Portugal’s geopolitical past, questioning mechanisms of history production and proposing spaces for performing subjective knowledge. César has been researching the origins of cinema in Guinea-Bissau, its imaginaries and potencies, developing that research into the collective project Luta ca caba inda (The Struggle Is Not Over Yet). Quantum Creole is an experimental documentary film of collective research on creolization, addressing its historical, ontological, and cultural forces. Referring to the minimum physical entity in any interaction—quantum—the film utilizes different imaging forms to read the subversive potential of weaving as Creole code. While the punch-card technology designed for the textile loom was fundamental for the development of the computer, binary code is closer to the ancient act of weaving than to that of writing. West African Creole people wove coded messages of social and political resistance into textiles, countering the colonists’ languages and technologies. Encoded messages of resistance transcend the simple restructuring and recoding of the languages of the colonizer and the colonized, and thus it is important to investigate the “textile” nature of texts in today’s digital world as well as the way in which creole can be encoded and understood as a way of thinking about (and being in) the world, that extends beyond the sphere of language.

A central aspect of Norberg and Sundén’s work is that they often carry on a dialogue with the work and achievements of other artists and educators. By combining various techniques, materials, forms, and theories, they aim to activate history and set ideas and styles in motion again.

For the Borås Art Biennial, the duo has made a series of new works that revolve around different perspectives on our material and social surroundings, and on how we become disconnected with the origins of the objects around us through the specialization of technology and the increasingly complex chains and networks of actors in the capitalist system. At the heart of Norberg and Sundén’s new collages are the mail order catalog and the history of the textile and clothing industry. Silhouettes of nature and consumption are woven together with stories about the conditions of the labor force and the story of a bouquet of carnation’s arrival in Sweden in the 1960s.

In dialogue with prior investigations of circulation and global interconnections, the works speak, for example, to the Borås-based clothing company Algot’s history, early mail-order business, and online sales today. This kind of corporate history is made up of several interesting stories about twentieth-century Sweden and the development of modern industry in Borås, which Norberg and Sundén are addressing here.

In 2020, the artists were featured in the exhibition A Table of Content at Kalmar Konstmuseum. They have contributed to exhibitions at Moderna Museet, the Royal Swedish Academy of Fine Arts, CF Hill, and Tensta Konsthall, all in Stockholm. Their work is represented in the collections of the Stockholm School of Economics, Moderna Museet, the Public Art Agency Sweden, the City of Västerås, the Stockholm County Council, the Västra Götaland Regional Council, the City of Gothenburg, and private collectors.