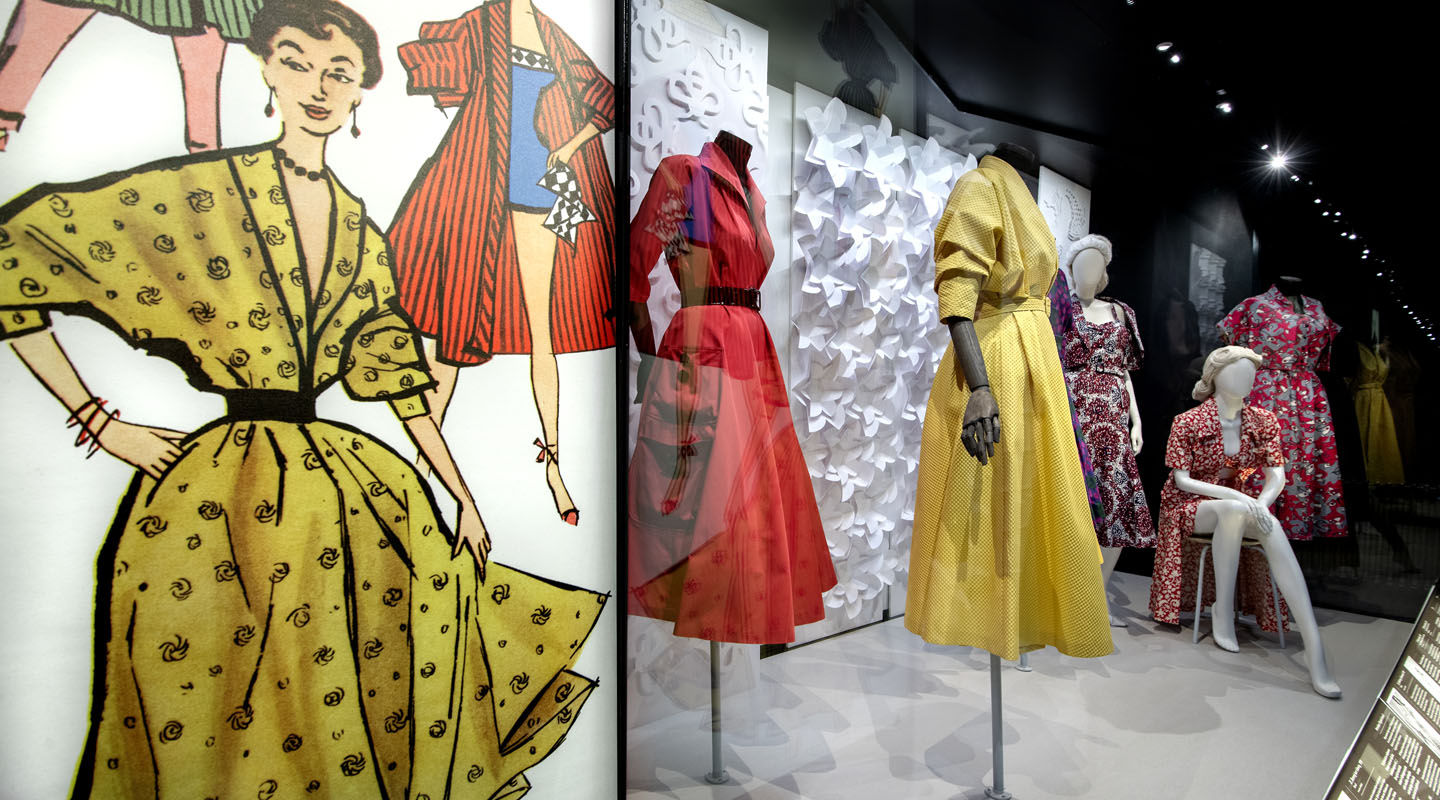 Clothes & Couture tells the story of the creation of the creation of Swedish everyday fashion, which was inspired by the couture exhibitions held in Paris between the 1930s and 1970s. We welcome you to a retrospective exhibition about the Borås company Bröderna Magnusson (‘the Magnusson Brothers’), and its journey through fashion history.

In the ‘Clothes & Couture’ exhibition, the Textile Museum of Sweden shows how twentieth-century Paris fashion was reinterpreted to create practical clothes for women in Sweden. The exhibition how the Borås company Bröderna Magnusson Damkonfektionsfabrik AB, like many others in the business, took their inspiration from the undisputed capital of fashion: Paris.

The manufacture of and trade in ready-made clothes developed during the twentieth century to become one of Sweden’s staple industries. The town of Borås and the surrounding area became a centre for the ready-made clothing industry, and the garments produced here were sold all over the country. One of the companies was Bröderna Magnusson’s, which manufactured womenswear at a somewhat higher price point, featuring advanced cuts and hand-sewn details. All clothes were designed by the company’s head of design, Ylva Segh, who regularly visited the couture shows in Paris.

Bröderna Magnusson’s paid great attention to detail, and the garments were produced using a high level of craftsmanship despite being made in a factory. The Textile Museum of Sweden has created slideshows showing the details of the clothing, and developed patterns based on selected garments that have been transformed into three-dimensional animations so as to show visitors how they were constructed. For those who enjoy sewing themselves, there will be sewing patterns available for purchase. These include the useful ‘Pop-Around’ dress from 1953, which was marketed as an everyday, house and party dress.

The exhibition will be shown until the autumn of 2024.

The exhibition was designed in collaboration with the paper artist Bea Szenfeld and includes both large and small installations by her, inspired by the themes of the exhibition.