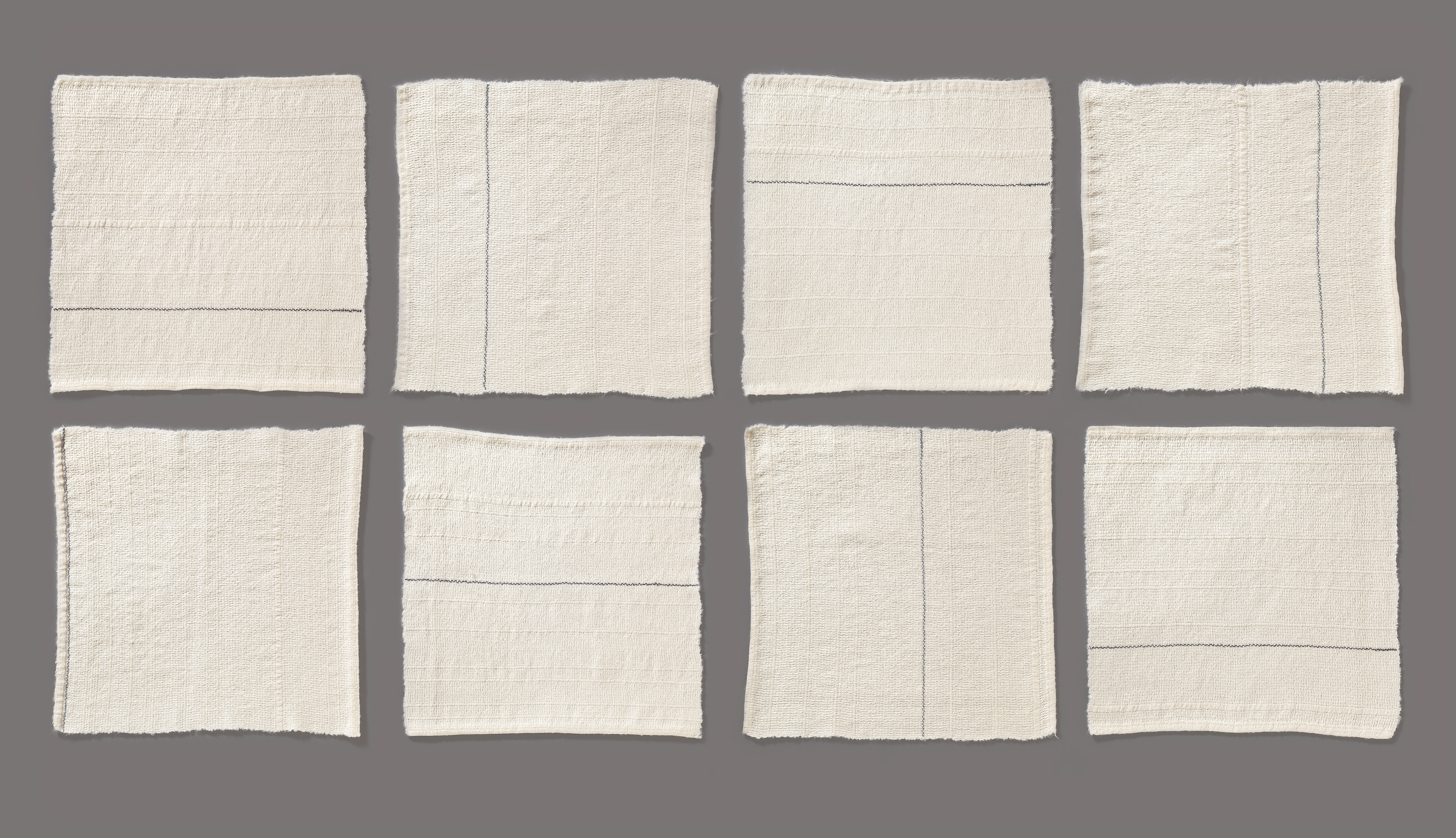 In a Room of Rites

Birgitta Nordström is a textile artist and researcher who through her work gives form to the rites in difficult stages of life. The textiles become a tactile language in the silence and when words are not enough.

This is how Birgitta describes her work:

I weave a funeral pall for the funeral rite, and think about those that one day will drape it over a deceased person. As life draws nearer, so too does death.

In weaving preparations of the funeral pall, the silk takes on a life of its own.

20 threads per centimetre, over and over again, they run through my hands during warping, pre-sleying, pulling on the warp beam and tying on to the cloth beam

And in the next weaving process, after the funeral pall, the white thread, with a few binding points, meets the black background weave.

I weave a memory map, a landscape, a falling motion.

In the exhibition, there are works that repeat and thus thematically explore this meeting between the white and the black. I explore simple, symbolic shapes such as circles and squares, or gather seeds and coat a seed map with wax.

I sin linda (‘Wrapping clothes) is the title of the research project through which Birgitta was able to explore the need of shrouds for children and foetuses who die during pregnancy and childbirth in a hospital environment. 36 new wrapping clothes, included in the exhibition, were her response to the wishes of midwives for even smaller blankets.

By forming a weaving research group at HDK – Academy of Design and Crafts, more people have become involved in the process of weaving. The handweaving was performed in parallel to a clinical study.
The book I sin linda 2017–19 depicts artistic processes, meetings with parents who have lost children, and the experiences of healthcare professionals.