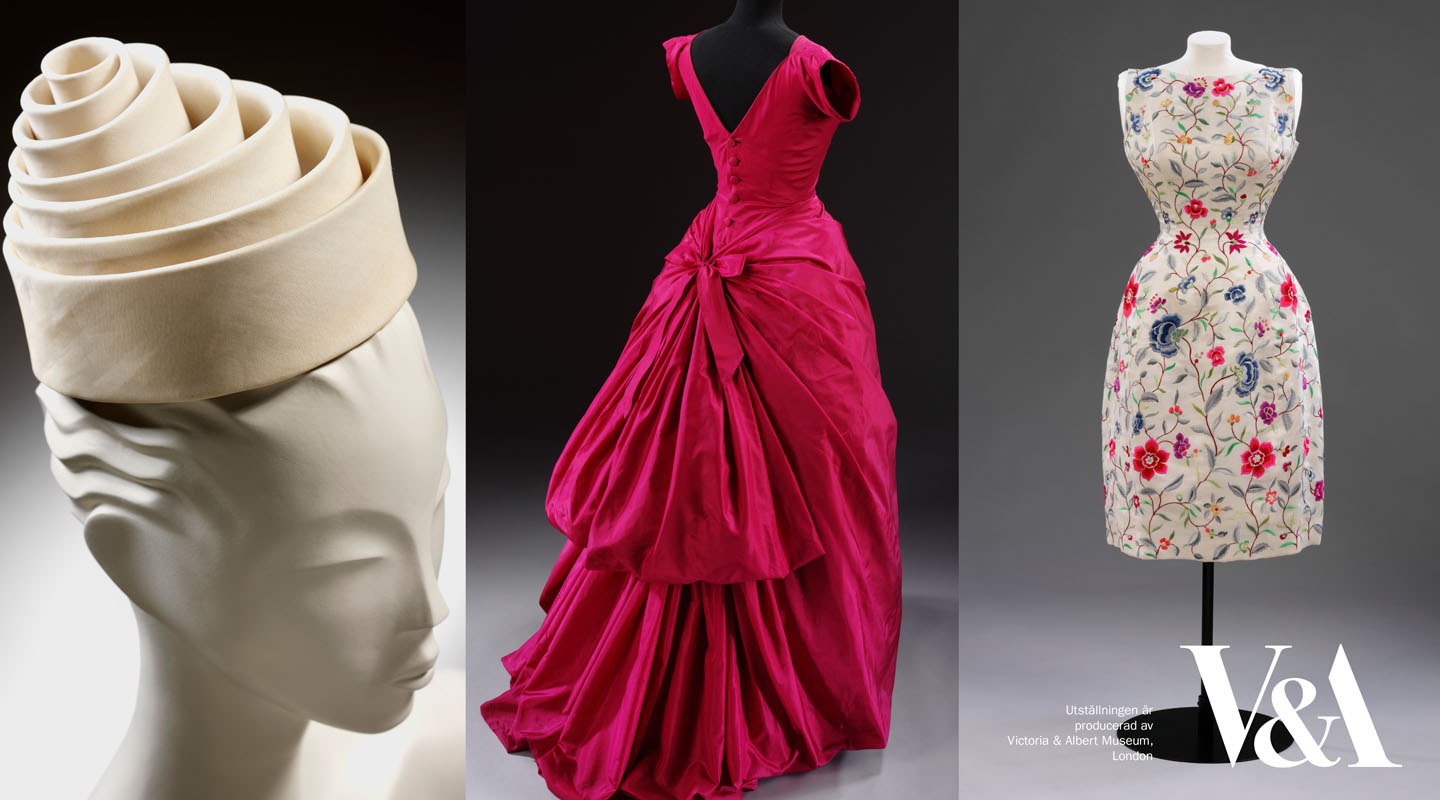 On December 15th, the Balenciaga – Master of Couture exhibition opens; an international exhibition from the Victoria and Albert Museum in London, which highlights the ‘the Master’ of haute couture, Cristóbal Balenciaga.
The exhibition focuses on the glory days of the 1950s and 1960s, when his unparalleled creativity revolutionised fashion. Balenciaga’s daring, architectural lines, free of the restrictions of the body, still influence fashion today, and the exhibition also shows garments by more recent designers who have continued in the footsteps of the master, such as Hubert de Givenchy, Yohij Yamamoto, Iris Van Herpen, and Hussein Chalayan.

The Spanish-born fashion designer Cristóbal Balenciaga designed exclusive, tailored clothing of the highest quality for the world’s fashion elite from the 1930s to the 1960s. The Victoria and Albert Museum’s Balenciaga: Shaping Fashion exhibition focuses on the glory days of the 1950s and 1960s, when Balenciaga was at the forefront of fashion development and introduced innovations such as the ‘sack’ dress, ‘baby doll’ cut, balloon skirt, and tunics.

The exhibition presents work in the studio, the construction of the garments, and the fashionable clients who wore his designs. Alongside a great number of original garments from the Victoria and Albert Museum’s collections and international loans, couture­ garments by more recent designers who have continued to work in Balenciaga’s spirit are shown. These include Yves Saint Laurent, Hubert de Givenchy, Oscar de la Renta, Calvin Klein, Yohij Yamamoto, Hussein Chalayan, Rei Kawakubo, Iris Van Herpen, and others.

“If a woman came in a Balenciaga dress, no-one else existed”

“Only Balenciaga is a true couturier”

“The master of us all”

The Balenciaga – Master of Couture exhibition is highly regarded, and has been lauded by both Swedish and international press. 272,500 visitors attended the exhibition in London, and in March 2018 it began an international tour, with the Textile Museum of Sweden being its only stop in Europe.

With this exhibition, the Museum seeks to highlight a retiring master whose name is perhaps not as well-known as other contemporary designers, but who was, and remains, a strong influence on subsequent fashion development.

Balenciaga has been admired by both his contemporaries and more recent designers for his skill, precision, and uncompromising attitude. With a background as a tailor’s apprentice beginning at the age of 12, he became known as a master of cutting who possessed complete control of the entire working process. Inspired by historical epochs, traditional Spanish costumes, and the vestments of the clergy, he simplified and developed the cuts of garments into sculptural shapes that were freed of the body’s restrictions during the 1960s. The exhibition presents an important epoch in fashion history – when Balenciaga’s innovative shapes paved the way for a new perspective on fashion.

This is part of a continued effort to fulfil the Textile Museum of Sweden’s vision of becoming the Nordic countries’ leading textile museum, with a focus on textile industry, fashion, design, art, and innovative textiles. An international meeting place to be returned to time and time again. We extend a warm welcome to visitors from December 15, 2018 to April 21, 2019.