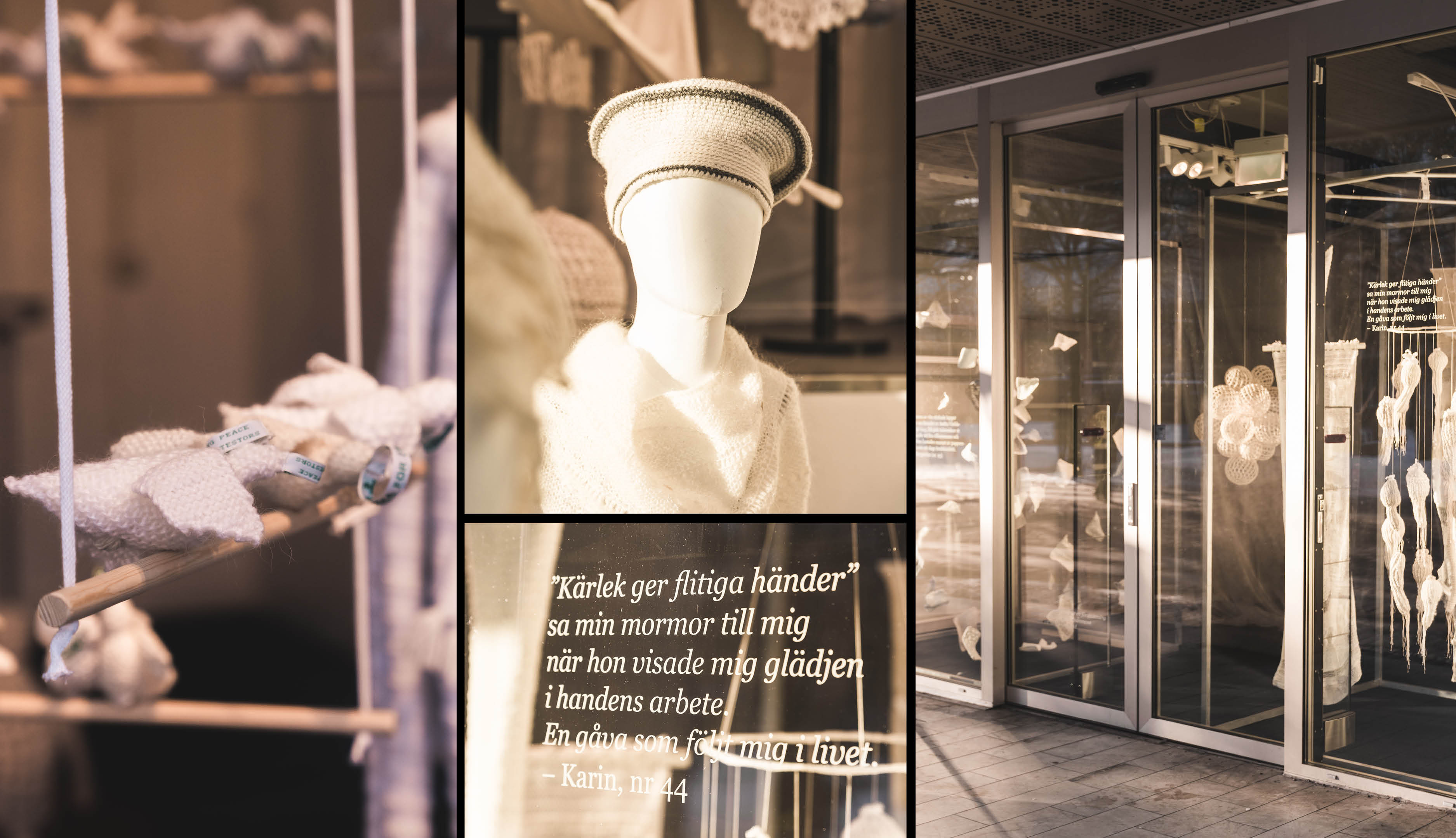 We Knit for Peace

Based on these questions, the Knitting Peace show was designed by Cirkus Cirkör: a poetic contemporary circus experience featuring dizzying artistry set in a world of threads and balls of yarn.

This year Sweden’s textile capital will celebrate its 400th anniversary; as part of this the ‘We Knit for Peace’ exhibition, which was inspired by the Cirkus Cirkör show and the calls to action that have followed the tour around the world, will be shown. In six shop windows in central Borås, the power of the textile handicraft will be exemplified by over 100 works, sent to the Textile Museum of Sweden from both Sweden and abroad. Thank you to all those who have contributed!

How to find the exhibition walk

Due to the current restrictions, this exhibition will be shown in display windows in central Borås in collaboration with Borås City. Starting on February 14, the exhibition can be viewed by following this circular walk:

Craftivism and knitting for peace

‘The pen is mightier than the sword’ is a well-known proverb, but perhaps a pair of knitting needles could be just as powerful? Around the world, people are getting involved in creating a better world through the method of handicraft. This can relate to peace, non-violence, gender equality, inclusion, or anti-consumerism. This peaceful way of protesting and expressing one’s opinions through handicraft is a grassroots movement that has been given the name ‘Craftivism’. For this exhibition, we posed three questions to those who contributed: Why do you knit? What do you strive to achieve? Is it possible to knit peace? The answers we receive will be available in a digital booklet that will be possible to access both on our website and via QR codes in the shop windows.

During its journey around the world, the Knitting Peace show has engaged with and met peace knitters who have shared their works and thoughts about knitting peace. The number of knitted pieces that has been submitted is overwhelming, and it is clear that the combination of circus, striving for change, and knitting has grown into a movement that spans several continents. Through needlework and Knitting Peace, craftivism works from New York, Rosario, Girona, and places in Sweden such as Alby and Säffle have been braided together at the Textile Museum of Sweden.

‘We Knit for Peace’ is a collaboration between the Textile Museum of Sweden, Cirkus Cirkör, Borås City, Borås Stadsteater, and Hemslöjdskonsulenterna of Region Västra Götaland.