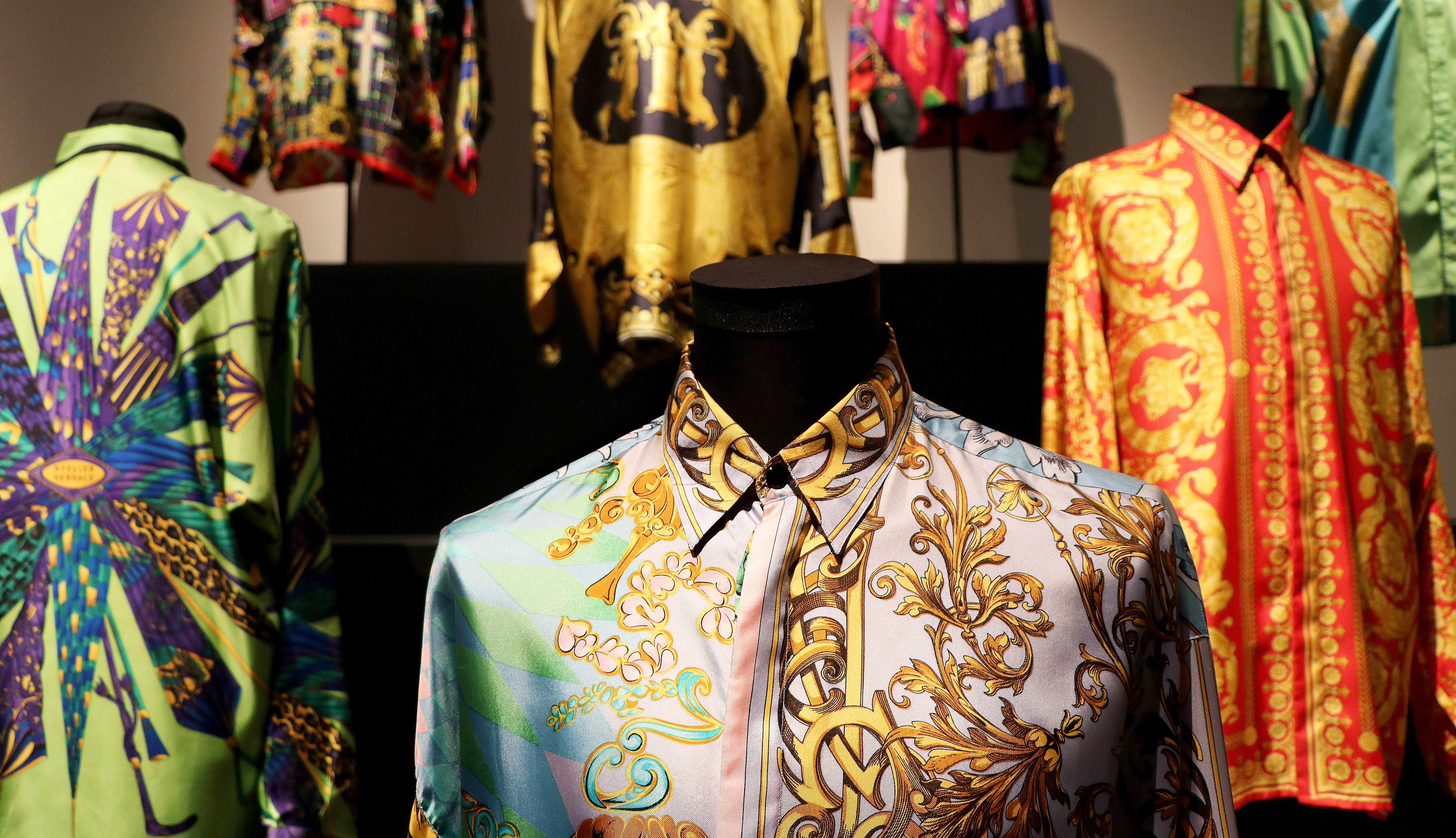 The fashion designer Gianni Versace was a true pioneer, and at the end of the twentieth century challenged the fashion industry with his trailblazing designs. Welcome to an emotional journey into Gianni’s world and design philosophy, which still affects the way fashion looks today.

During the 1980s and 1990s, Gianni Versace (1946–1997) became one of the central figures in the world of international fashion design. His creativity knew no borders, and he audaciously mixed fashion and art, antique and modern, male and female. He connected fashion with music, photography, and graphic design, and was at the forefront of transforming fashion shows and advertising campaigns into holistic, pop-cultural artworks.

Versace’s designs were characterised by, among other things, daring cuts and strong patterns for both men and women. His collections raised issues of sexuality and power, and went against traditional representations of male and female. He was open regarding his homosexuality, and an important person within the LGBTQ movement.

The Gianni Versace Retrospective exhibition includes over 70 selected men’s and women’s outfits from Gianni Versace’s glory days between 1989 and 1997, which have been lent by some of the world’s foremost collectors of his designs. The primary collector is Antonio Caravano from Italy. The exhibition has previously been shown at the Kronprinzenpalais (Crown Prince's Palace) in Berlin, where it was arranged by the Versace expert Karl Von Der Ahé, who is also curating the Borås exhibition in collaboration with the Textile Museum of Sweden. The exhibition is designed by Aia Jüdes.

Gianni Versace Retrospective is part of a continued effort to fulfil the Textile Museum of Sweden’s vision of becoming the Nordic countries’ leading textile museum, with a focus on textile industry, fashion, design, art, and innovative textiles. Visitors to the exhibition will be warmly welcomed from November 30, 2019 to August 16, 2020.

This exhibition is presented in collaboration with Borås TME.

External link. to listen to the exhibition's audioguide during your visit.

The Textile Museum of Sweden's curator Eva Blomqvist tells more about the collections and garments shown in the exhibition: