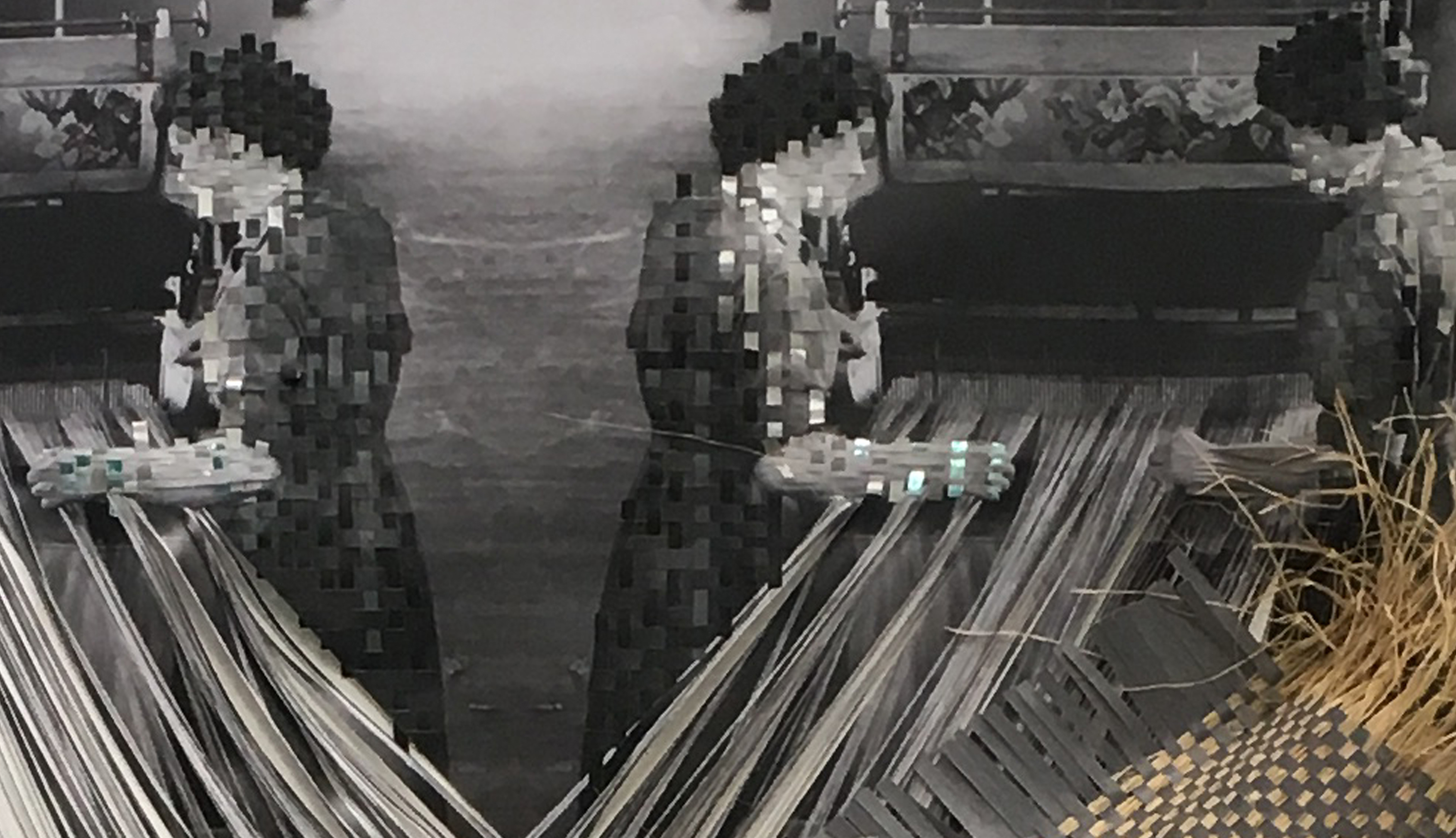 In Reconstructing Memory, we are presented with Kristina Müntzing’s poetically woven works, in which she interprets how history can be preserved and retold. In 2018, she dove deeply into the Textile Museum of Sweden’s collections of garments, pattern samples, and archive material, such as photographs and films.

The questions she has asked include:

- Do any of the collections contain work clothes? What does a photograph convey when names and places have been forgotten? Is it possible to preserve the body’s memory of a work task?

Using handicraft methods and movements, she gives form to a somatic/bodily archive. One part of the exhibition is a performance – Performing Memory. The movements of the dance build on memories of the work tasks involved in sewing garments. On the walls are photographs and materials from different time periods that have been shredded and woven together, and are thus simultaneously photographs and patterns, a map and an archive.

Kristina Müntzing was born in Helsingborg, Sweden, in 1973. She has MFA (Master of Fine Arts) degrees from both Goldsmiths, University of London, and Valand Academy, University of Gothenburg. Her works have been exhibited at, among other places, KW Institute for Contemporary Art in Berlin, Kiasma in Finland, Göteborg International Biennial for Contemporary Art, the International Shiryaevo Biennenal in Russia, and art galleries and departments in Sweden and abroad.

The following are acknowledged for their assistance: